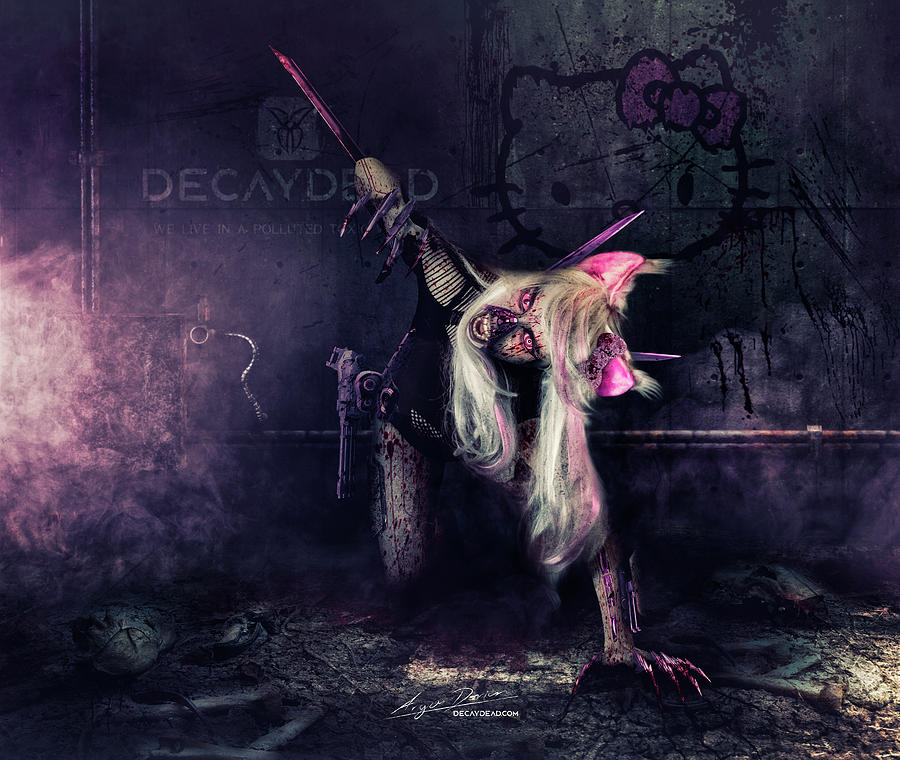 Year 2011. Ten years before the virus. “Mommy, mommy, look at my beautiful new doll, its Hello Kitty, I love her so much! Look mommy!!” Her mother raised her head from the mobile screen, looked at her, give her a cold smile and continued to scroll the feed to see what her “friends” posted today.

The little girl disappointed went to her room and close the door. She was alone with her own world, her own fantasies and imaginary friends.. “You are my best and only friend, Hello Kitty, when I grow up I want to be like you, cute..sweet.. and kind.. not like my parents who ignore me all time..stupid phones…”

Year 2021. Few moments before the outbreak. A teenage girl is sitting alone in her room sketching dark characters on her notebook. The room is full of sketches, black and white figures of people slaughtered by a dark Hello Kitty demonic figure. On her bed was lying her old beloved doll, her only companion during those years.

She felt anger inside her, something was different.. Something was changing inside her.. She opened her drawer and pulled out the scissors. Went down the stairs and show her mother watching TV, a meaningless show again.. “You never loved me, mother!” She screamed and stab her head. Her mother fell down with spasms while blood run everywhere.. The girl was laughing full of her mother’s blood and run out.

Some years later. Surface of earth is dead and toxic. Hunters are killing people one by one and the only the Elite Ones are hiding in underground facilities. Elina (the leader of assassins) is out searching for new specimens for the Director’s experiments (check my book). One of her orders was to bring Hunters for testing. She went to an abandoned town where she found a girl scratching a body and eating its flesh. With one hit she immobilise her and took her to the facility.

Few months later project Hell-010 was ready, they tried to control her, but her anger was stronger, she was a wild beast.. Her emotions made her an angry evil assassin. She was fast, accurate, with night vision, enhanced hearing, equipped with blades inside her hands, tungsten nails, automated weaponry inside and outside her body and stealth mode. She was an angry cat.. and the other assassins called her Kitty, project Hell-010 Kitty.