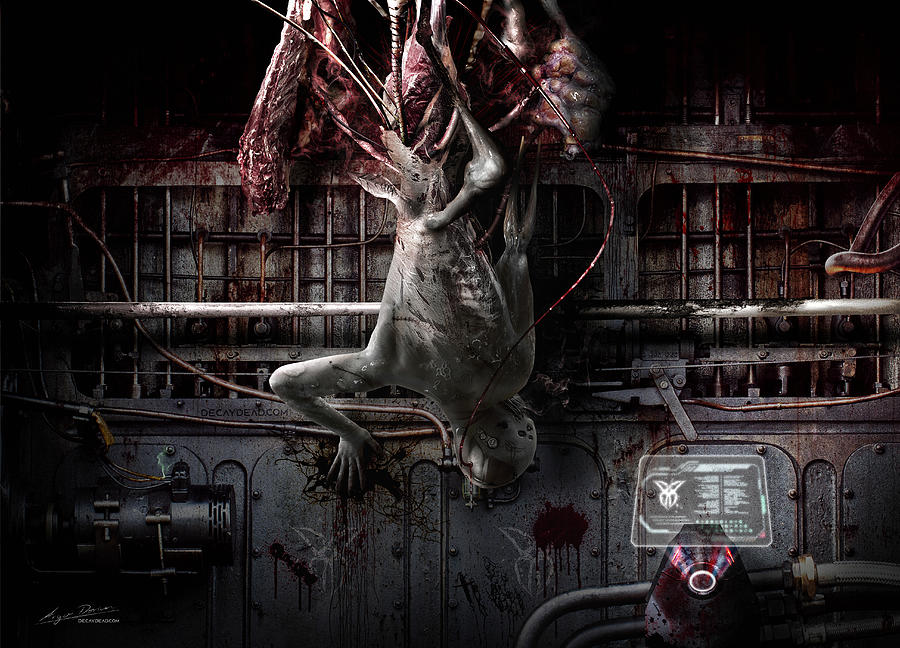 The Factory. Metamorphosis of human species.
Year: unknown. The birth of the first biomass from the Blind Mother was the start of a new production line of assassins. Combining the DNA from animals and the Prototype-X they manage to create, by inserting this mixture of genes to captured people, a new creature. It was a painful transformation while the victims flesh was rotting, bones liquify, all basic organs fail and they slowly become a maze that become a cocoon.

They took those cocoon from flesh and hung them like meat in the factory production line. Inside the cocoon the metamorphosis begun. They feed the embryo with human blood and cerebrospinal fluid directly to its brain.

When the creature was almost ready it get out of the cocoon and continued its shape shift till its final form. Those creatures had the ability to manipulate their shape and form making them the perfect hunters. Their skin was poisonous so each surface they touch got poisoned by the virus they carry inside them, making them basically untouchable.

Humans had a new enemy now.. produced in the factory of death. Humans who were born in this Decaydead world were hunted for all this distraction made by their ancestors on the planet.. who didn’t care that the next generation will pay the price in the end.. Our selfishness lead to our extinction.